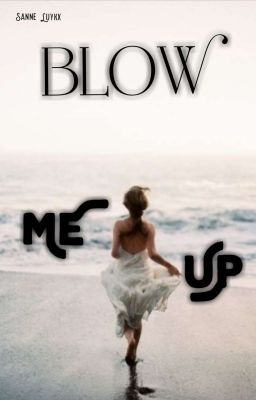 Have you ever met someone as clumsy as spongebob?

Someone as good looking like Mia Thermopolis in the princess diaries? (Yes I mean the part before the whole make over).

Someone with the intelligence like she is Da Vinci itself, yet doesn’t know how to make use of it?

Someone who can make every conversation turn out awkward without even making part of it?

Well, If you haven’t met that person yet..

Here she is. Verja Jones.
And yes, that girl you picture right now inside your head, with her long, poofy brown hair and blue eyes. Yes, that’s me.

Don’t get me wrong.

I was raised by an amazing woman, my mother. She basically did everything in her power to make me as normal as can be.

Well..Depends on what you call normal.

My mom got pregnant as a teenager. My father basically left her once he figured out about me.

Now, that’s not even the problem. I didn’t need a father.

I had my mother, and my grandmother, a true Catholic.

My mom was attending college while my grandmother took care of me. And yes, she could be really strict.

At the age of seven, she taught me the difference between boys and girls.

“Girls wear dresses, boys wear jeans”. I can still hear her voice repeating that to me every single day.

I honestly didn’t get it. There were so many girls out there wearing great  jeans in all kind of colours.

Not that I dared to discuss this with my grandmother.. I mean, do you know any kid out there not trying to please their grandparents??

In anyway, that wasn’t something I would do.

I remember when I turned nine I figured out not everyone went to church on sundays. Even worse, I remember how much I freaked out when my best friend told me he didn’t believe in god.

Believe me, it was quite a shock for me.

That same night I had been talking with my mother about the church for hours. She told me it was a religion, so people could decide whether they believe or not. She also told me there were more religions out there.

Truelly, my mind was blown up.

As long as I could remember my grandmother was always threatening me in god’s name. “If you make the wrong decision, god will punish you”.

She would even tell me my biologic father would be punished by god one day for leaving my mother alone.

Now I knew some of my friends out there didn’t believe in god..Then how would god ever forgive them for not believing in him?

I litterally thought all my friends would go to hell for this.

At the age of eleven I got my first crush. He was litterally the most handsome guy of our school, and all the girls were basically crushing all over him.

I would dream about him all night, and imagine scenarios we would end up in even though I never really talked to him.

We once did because our teacher had set us up in this small group. But he litterally annoyed the crap out of me by judging me on the dresses I was wearing.

Besides, it didn’t even last a couple of months before he left town for some kind of reason I can’t even remember.

So yeah, I’ve got over him.

At the age of twelve my grandmother thaught me to never date a boy before the age of sixteen.

Sad right? Now I was heading to secondary school I finally thought my life would turn out to be like High School Musical.

I would have my own Troy Bolton and we would sing happy love songs about each other.

Well too bad for little Vera. Boys didn’t even notice me out there. And if they did, I always knew how to keep them away from me by some awkward conversation.

So even if I wasn’t pleased when my grandmother told me I couldn’t date before 18..It would never even happen at the first place.

Screw you Troy Bolton, screw you.

At the age of fourteen I learned all about boys on school. We would get sexual education for one month straight each monday.

So my amazing grandmother thaught me something else. I even had to repeat this before praying every monday, and yes. I took this really serious.

Yeah..Can you imagine a girl saying this before going to bed?

My mother basically freaked out once she figured out when she heard those words coming from my mouth.

Big fight between my grandmother and mother.

She was so mad at her for some crazy reason that we even moved out of the place for a month.

Eventually my mother was running out of money as a single parent so we went back to my grandmother.

They made up, and everything continued to be the way it was. Except the weird praying part ofcource.

Great, because we’re not done yet.

Sixteen! I graduated for my exams and learned  all about my new passion for music. Not only singing and dancing grew to be a big part of my life, I also became the biggest fan of many old singers and bands. I honestly fell in love with the 70’s and the 80’s. especially all the rock songs spoke to me on a different level.

Ofcource I had to listen this with my new friends..In their houses.

I even went to their parties, with their friends.

This was basically the moment I figured out I didn’t need to wear dresses all the time, it was okay to make out with random people even though I never got the chance with my amazing looking braces..

Beside  all of this,

I learned I didn’t have to please anyone but myself.

I still remember the day I got home after school with my redicilously looking ripped jeans which I got from a friend since she didn’t want them anymore..

Yes, I was so proud . I was wearing RIPPED jeans and I felt good about it.

My mom basically bursted out in laughter once she saw me, and told me she couldn’t wait to see my grandmothers reaction. I wasn’t even scared of that anymore.

”No one except me could punnish me. ” I had told her with all my courage.

Well. I wasn’t even close to saying that shit when my grandmother was facing me just a few moments later.

Seventeen. Yes, we’re getting there.
Finally had my first kiss, something I had imagine about for such a long time. Yet it wasn’t even close to my expectations.

The boy didn’t even like me. We were at this stupid party with all these stupid people I’d never even see again.

It wasn’t even something like . “Hey, you’re pretty. Wanna make out?”.

It was more something like. “Could have done better but sure, Lets make out”.

Now you might wonder, Vera what were you thinking? Well, it’s called pressure of people around you..

Also a lesson, never ever ever let people make you do things you don’t want to do just because they might judge you.

Hunny, you do you.

For many people this year is suposed to be the best year of your live.

My grandmother had passed away due to a terrible car accident. Even though it might seem I’ve been complaining about her for the past seven minutes, I really looked up to her.

Yes, she had some crazy ways of expressing herself. But I truelly loved her.

My mom was heart broken. Actually, I couldn’t even stay in line with her. She would be working all day and night and avoid any kind of conversation with me.

Yes, I was feeling really alone.

At this point many friends turned their back at me. I get that I wasn’t as rebelious as I used to be, but I really had to get my life together.

And as you know, life is a mistery to all of us.

And this. This isn’t even the freaking end.
It’s just the beginning.

*Yes, I could hear the voice of John Travolta saying this too*

Hi there! welcome to the official page of The Uncatchable.

Check our music, videos, pictures, books , updates and so much more!

DEMO: How Can I love (The Uncatchable Music)